Who’s next? – New talents impressing us with their visions

In today’s world, the term ‘talent’ has been watered down through the influence of various television singing and talent competitions and the influence of the world wide web. Anyone who is blessed with a particular skill can show it off on stage in order to experience a moment of success that usually lasts the length of a click or a swipe. Nevertheless, they do still exist: those new talents with true staying power due to their unique ideas, individuality and creativity. The following three young personalities are prime examples...

Young designer Lara Krude has managed to become one of Germany’s best-known design talents in no time at all and knew how to attract all the right attention very early on. In 2017, she received the ‘Designer for Tomorrow’ award under the patronage of Stella McCartney and one year later, she founded her own eponymous label. She also presented her collections at Der Berliner Salon. In January of this year, Krude was also awarded a ‘German Sustain Concept’ fellowship from the Fashion Council Germany for her designs and her sustainable concept. And the award was very well-deserved: Krude’s collections are based on traditional handicrafts and high-quality processing techniques that allow the wearer’s individual personality to shine through.
Lara Krude places great emphasis on slow fashion. These values are reflected in her choice of unusual and high-quality materials, which, combined with seemingly timeless cuts, elevate them to the level of modern classics. Her styles are produced exclusively in Germany, manufactured from natural, European-made materials in regional sewing factories – Krude’s way of contributing to the preservation of centuries-old knowledge and handcraftsmanship. 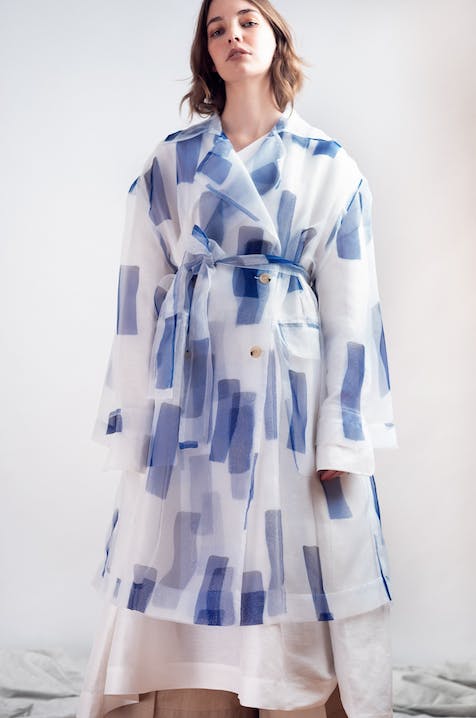 TeDDy Glickman – In the spirit of his great-grandfather

Knowledge preserved from one generation to the next: US-born designer Teddy Glickman is pursuing a similar intention with the label that bears his name. The young designer takes his inspiration from his great-grandfather, who founded New York fashion label Joan Dell. For decades, this fashion house stood for excellent materials and workmanship – an idea that the proprietor’s grandson is continuing today. Teddy Glickman travelled from Los Angeles to Berlin a few years ago; in 2017 he established his own premium label. His vision: to create high-quality menswear that is interesting and handicraft-based, and also gives the wearer a background story. Clothing that is comfortable: endowed with a touch of laid-back, Southern California style, paired with a European’s love for understatement and sophistication. Similarly to Lara Krude’s work, the requirement for sustainability plays an important role for Teddy Glickman. He takes quality and ecological sustainability into account in the sourcing of his materials; each article is subject to thorough inspection and produced by hand in Berlin. Glickman also goes one step further when it comes to the subject of gender: stylistically, his clothing falls under the heading of traditional, hand-tailored men’s fashion; however, the designer defines the category more loosely and dedicates his collections to anyone who enjoys wearing them. 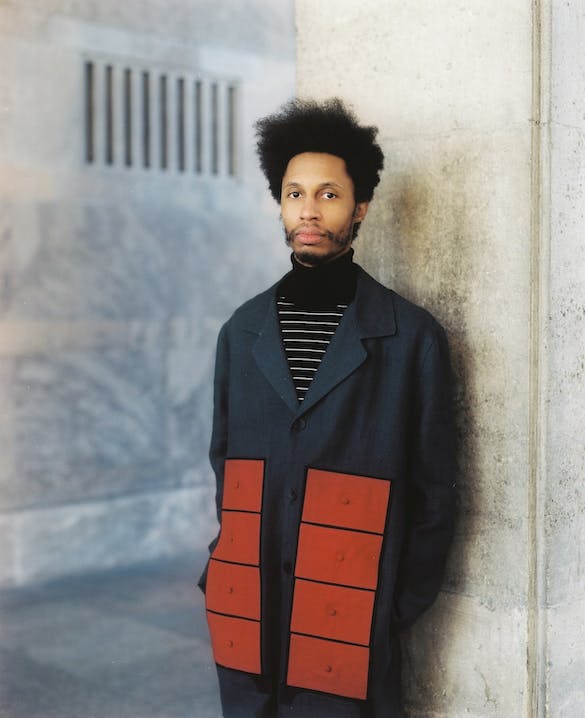 Wonderbar – A story of soap that’s more than skin deep

Berlin soap manufacturer Wonderbar, which was launched at the end of last year, also focuses on handmade products, but not of the textile variety, although they do come into contact with the skin. Founder Paloma Bradtke had one of those life-altering experiences which ultimately led to the idea for her own brand. One morning, she was standing in her bathroom, getting ready for the day ahead. While washing, she happened to read the ingredients list on the label of her liquid hand soap – the only type of soap she had ever used up to that time. It was a moment that would change everything: the young businesswoman only recognised half of the ingredients listed. Perplexed, she was prompted to begin researching the unfamiliar ingredients. The results revealed that these substances are anything but good for the skin. In her opinion, consumers needed a natural, healthy and skin-compatible soap. No sooner said than done: a few weeks later, the 100-percent vegan, natural soap from the house of Wonderbar was born. A story that sounds like a modern soap opera (pardon the pun!) is a cool idea that’s not only good for the skin, but also the environment. In addition to being suitable for washing hands, the soaps by Wonderbar also offer a natural alternative to shower gel. They are manufactured by hand in small batches and need to ‘ripen’ for one month before they are wrapped in trendy packaging and shipped. A ‘wonderbar’ idea and the brainchild of a truly impressive new talent. 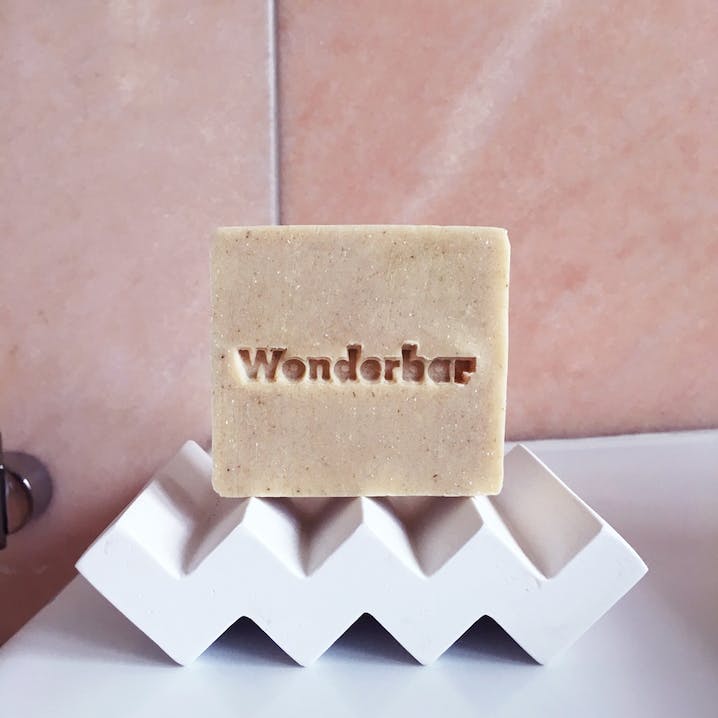