If all you associate with ‘Churchill’ and ‘Nixon’ are politicians, you should probably click away now. After all, true serious drinking connoisseurs will already have enjoyed these statesmen as stylish cocktails. Berlin’s bar scene is renowned for its long-established pubs – but every now and again we come across real gems serving up delectable drinks made of the finest ingredients. But instead of knocking them back, we’re taking it down a gear and embarking on an odyssey to the most exciting bars in the German capital! 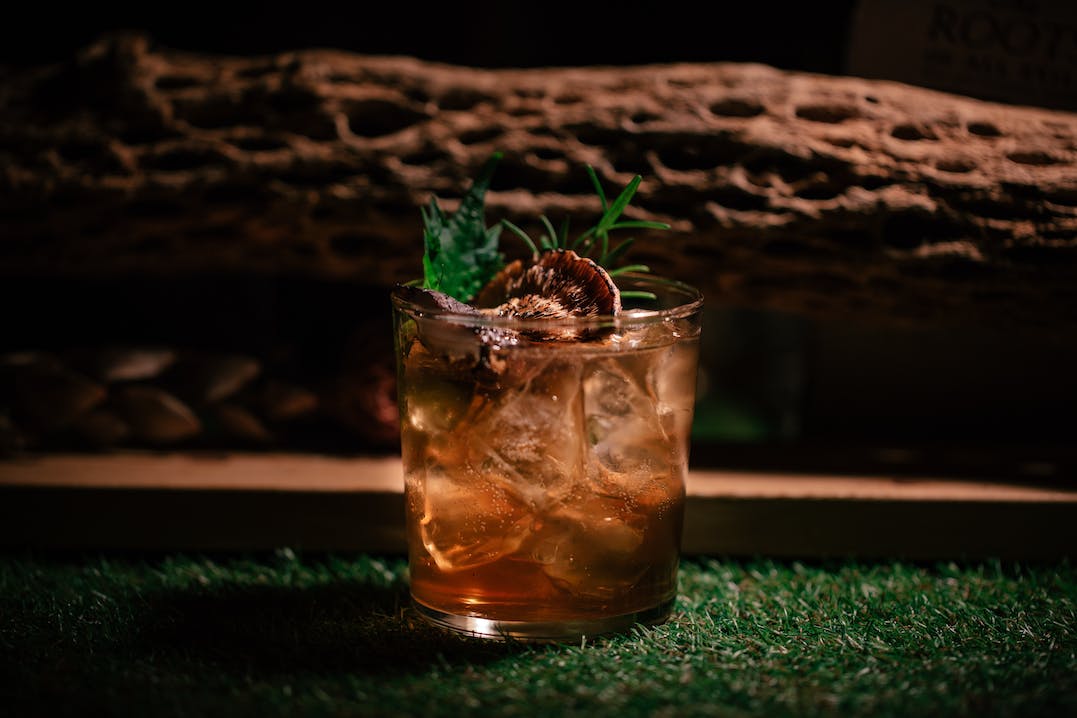 If you’ve seen cult series Babylon Berlin, you’ll have heard of this bar. It’s not only quite hard to find in the series, but also in real life. Tucked away under a railway bridge at Schiffbauerdamm is a big iron door without any hints or signs as to what’s behind it. But once you set foot inside, you will discover one of the best bars in Berlin, with a drinks list described as a “tribute to the most exciting and inspiring neighbourhoods in metropolises around the world”.

Farewell, clichés! If all you associate with the Berlin neighbourhood of Wedding is its old-fashioned pubs, this bar will make you think again. For almost three years now, this district in the north of the city has been home to one of Berlin’s best drinking establishments. Here at Basalt they’ve even been known to rub the straws with orange to create a taste sensation with a twist. The green tiles on the building’s façade are stylistically echoed on the bar and referenced again by the greenery inside. A bar that appeals to all the senses!

Cuban cigars, small nibbles and damn good drinks. Describing itself as a “bar to enrich the senses”, it certainly keeps its promises. Married couple Cristina Neves and Oliver Ebert serve up a fantastic array of spirits here. Our top recommendation: the ‘Bonito Club’.

Even Friedrichshain, aside from the Simon-Dach area and its countless tourist bars, has quite a lot to offer in terms of serious drinking. Not far from the Ostkreuz station, you’ll find the Chapel Bar with its lounge flair and soul sounds. But it’s far from your average chapel! Gin fans should order the ‘Bee’s Knees’, which has just three ingredients (honey, lemon and gin) for a taste sensation of the highest order.

Once upon a time there was a small, hidden bar not far from the Volkspark Friedrichshain park. Since 2015, the Fairytale Bar has been surprising drinkers with its unique concept. Alice in Wonderland, Hans in Luck or Puss in Boots are just a few of the protagonists awaiting visitors both on the menu and in costume. We opted for the ‘Jabberwocky’ – a drink that will convince even the most indecisive among you to go for whisky.

Once loyal, always loyal! Also inconspicuous from the outside, this is another hidden spot where you have to knock on the door to be let in. The Immertreu bar close to the lovely Winsviertel is Prenzlauer Berg’s answer to serious drinking. Which means: no happy hour, no Wi-Fi, just good drinks! Take it from us, your first visit definitely won’t be your last.

For the best panoramic views of West Berlin, head to the Monkey Bar. After indulging your taste buds with a visit to the neighbouring NENI restaurant (reservation is a must!), you just need to walk a few steps to enjoy a good nightcap, or two. With views of Berlin Zoo and the monkey enclosure, the menu’s focus is on fantastic rum-based tiki drinks. There’s a good reason why this bar was voted Europe’s most popular hotel bar in 2015.

‘Schwarze Traube’ is German for ‘black grape’, a royal fruit that embodies mysticism and elegance. The aim of this Berlin bar it’s named after is to awaken the Berliners’ curiosity. Here too, you have to ring the bell and get past the doorman before being ushered in. Atalay Aktas and Yalcin Celik’s establishment in the Wrangelkiez neighbourhood of Kreuzberg has been combining the perfect mix of authenticity and serious drinking since 2012. We really enjoyed our ‘Blind Date’, a drink in which “Mr Cointreau finds his love in Tanqueray and elderflower liqueur”.

A classic on Berlin’s bar scene. Victoria Bar on Potsdamer Strasse is really small and busy, but well worth the wait at the bar. Here you’ll find original recipes and creative concoctions being mixed to perfection by stylishly dressed barkeepers. Victoria Bar has definitely earned its spot as one of the top bars in Berlin. Our tip: the ‘Ford Cocktail’ with Plymouth Gin, D.O.M. Bénédectine, bitters and Noilly Prat. Bottoms up!